Antarctica Uncovered with G adventures and The MS Expedition

So My first Blog of the New year and I know it is a little late now but a Very Happy New Year to you all. I am going to spend the next few weeks sharing my favourite Weddings of 2016 but also introducing you to some of the incredible interesting and talented people that I met.

I am going to dedicate my first blog of 2017, and sorry I hope you will indulge me, to my amazing trip to the big white Continent, Antarctica, in November last year. For any of you that know me well this has been a long time in the planning and also with two failed attempts in both 2014 and 2015 it meant a huge amount to both me and Chris, my husband, to finally reach this incredible place. It was in all fairness this was Chris's grand plan and has been for a long time but I always relished seeing the scenery and oh obviously the photographic opportunities it would present. I mean it is not exactly everyone's idea of a relaxing holiday jaunt and particularly for me as someone who struggles massively with the cold and travel sickness it theoretically is my idea of travel hell! That being said Travel has always been one of my great passions and in a way has driven my own photographic journey so to speak. I have always had a camera in my hand wanting to document and record our trips, but not always in the early days having the skill to do the place, people or landscape real justice I felt. I know you have your memories in your head but a photograph can take you right back to a different time and place even to a point where you can remember how somewhere smelled (in a good and sometimes bad way), the temperature on your skin, and how you felt at that moment. It is such a powerful medium and it is why I just love what I do.

A few people have asked "how long does it take to get to Antarctica?" and in reality to get even to the tip of the Antarctic Peninsula it is probably a minimum of four to five days in total travelling from the Uk particularly if you are travelling by boat from the most southerly City in the World Ushuaia at the bottom tip of Argentina.

Our journey started in Buenos Aires, home of the Argentine Tango, a fascinating city bursting with colour and culture and also a steamy 28 degrees centigrade a great way (not) to get yourself acclimatised! This city is such a grand old Dame with beautiful architecture and a fascinating if not somewhat torrid history. We met up with our lovely friends from the fated failed first Antarctic attempt Hilary and Ches in a wonderful old Buenos Aires Bar for a catchup and I suppose for me at that point I really began to feel excited of what was to come. 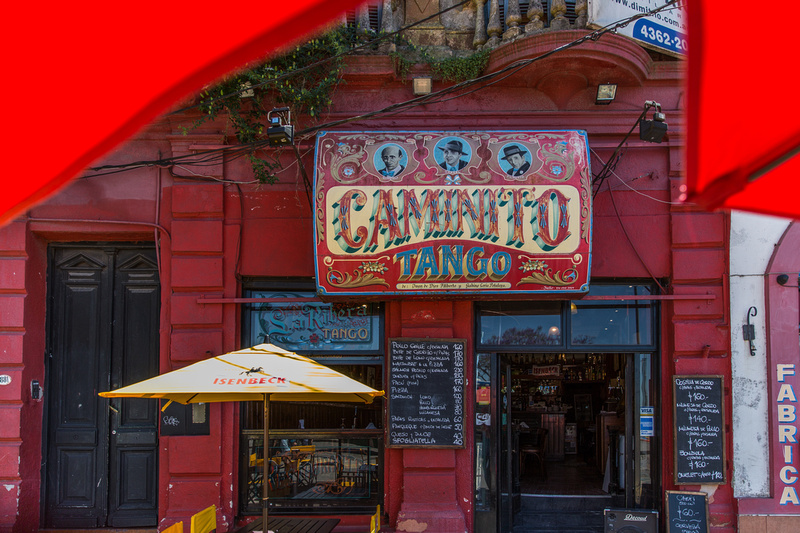 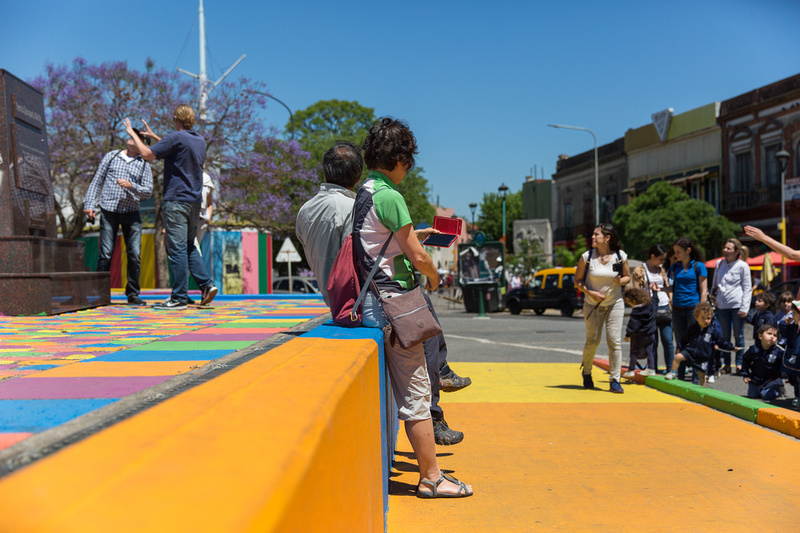 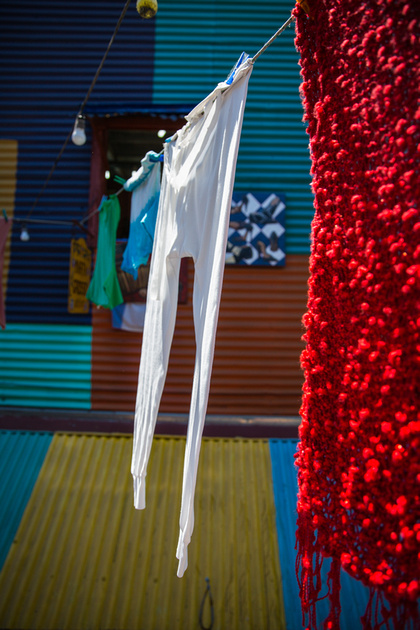 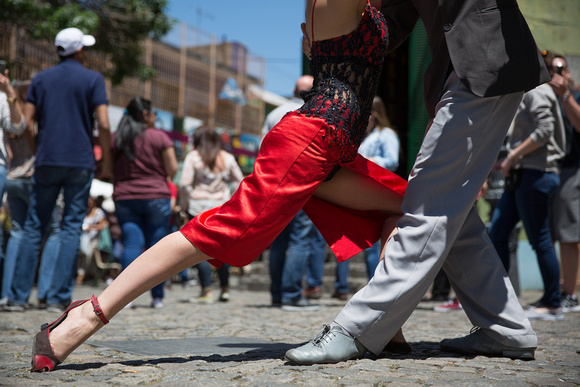 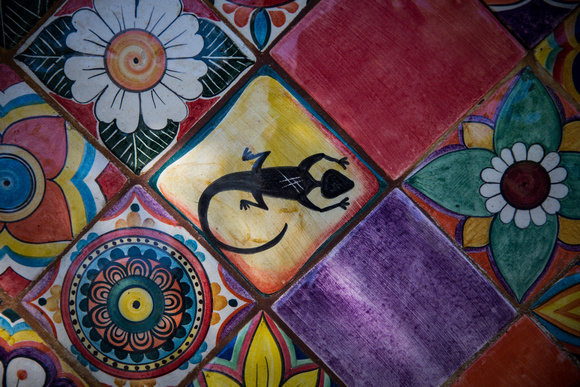 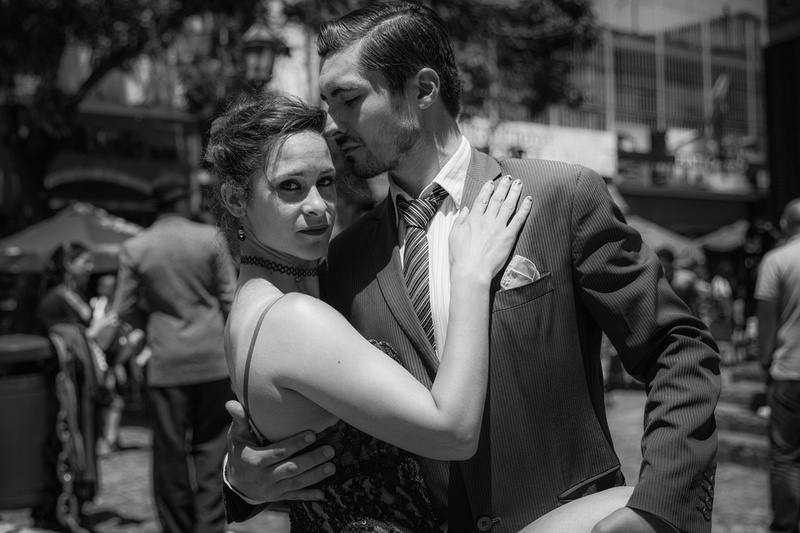 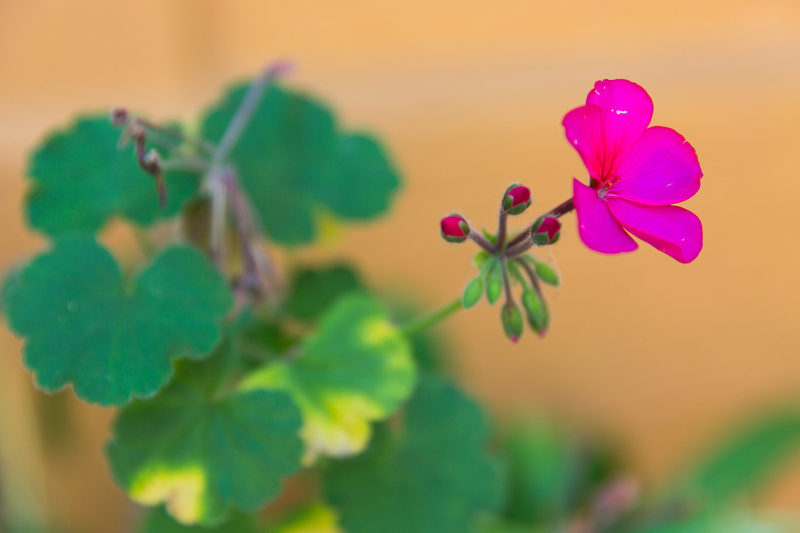 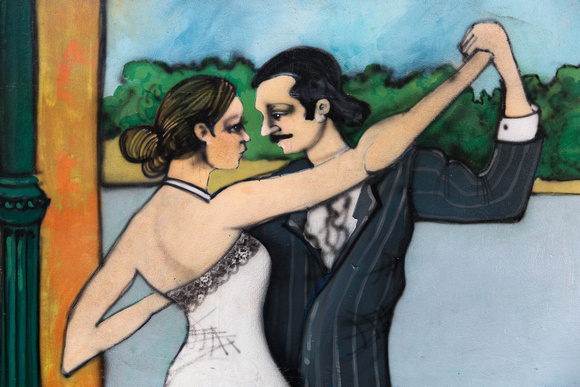 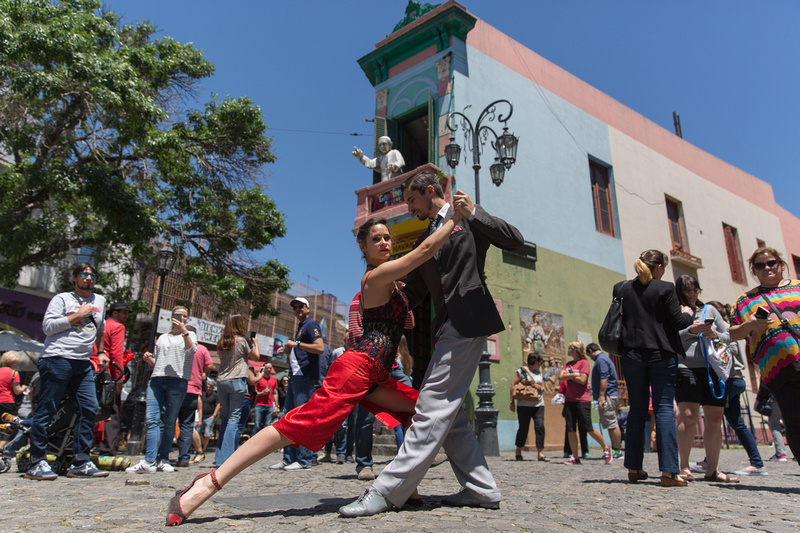 The next part of our journey was another three hour flight to Ushuaia which neither of us were particularly looking forward to having had a pretty awful experience on our first attempt with awful turbulence. Second time round thank goodness so much easier and the views coming in to the airport of the Beagle Channel and the surrounding  snow topped Andes Mountains really started to get me excited. This was it, almost there almost on the boat, almost on our way!!!! 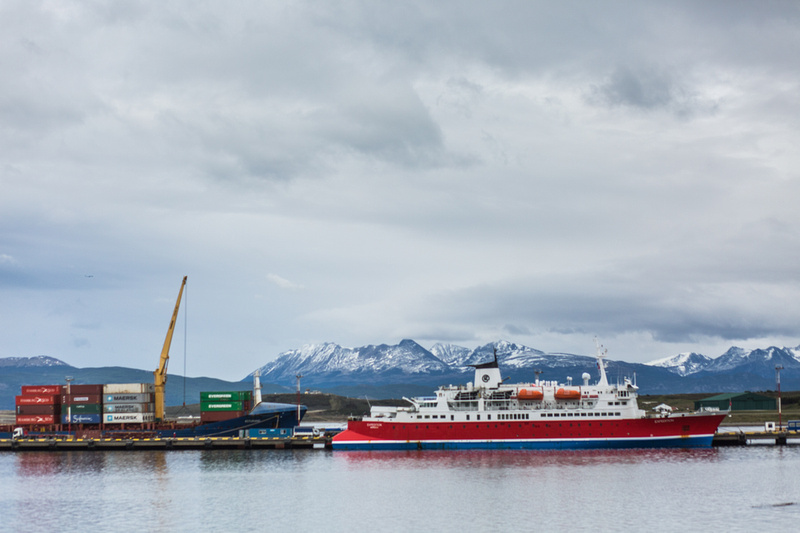 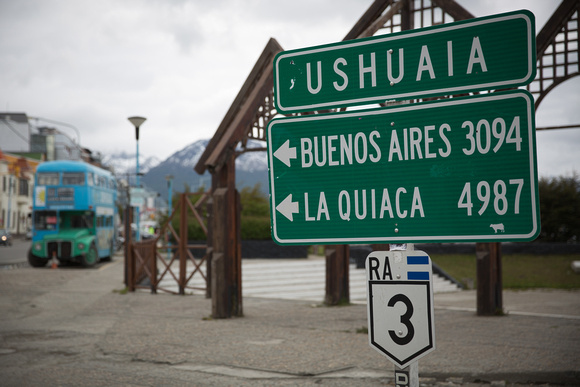 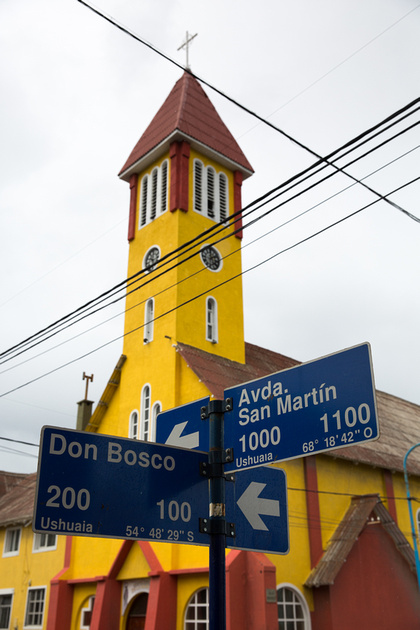 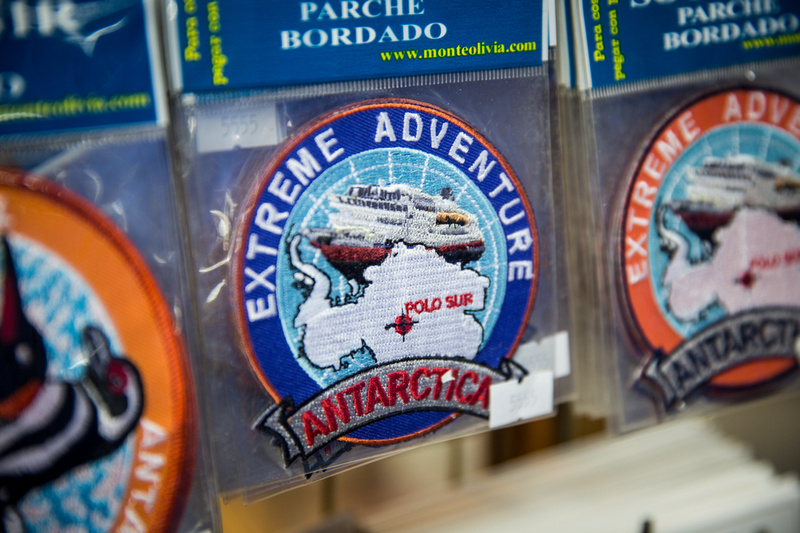 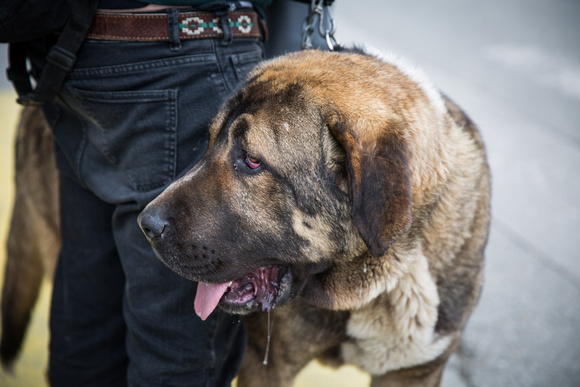 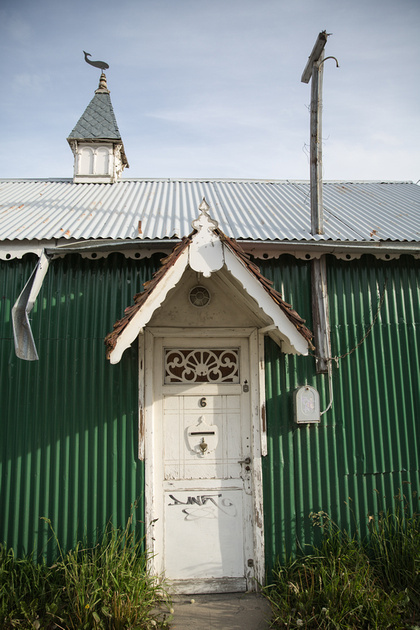 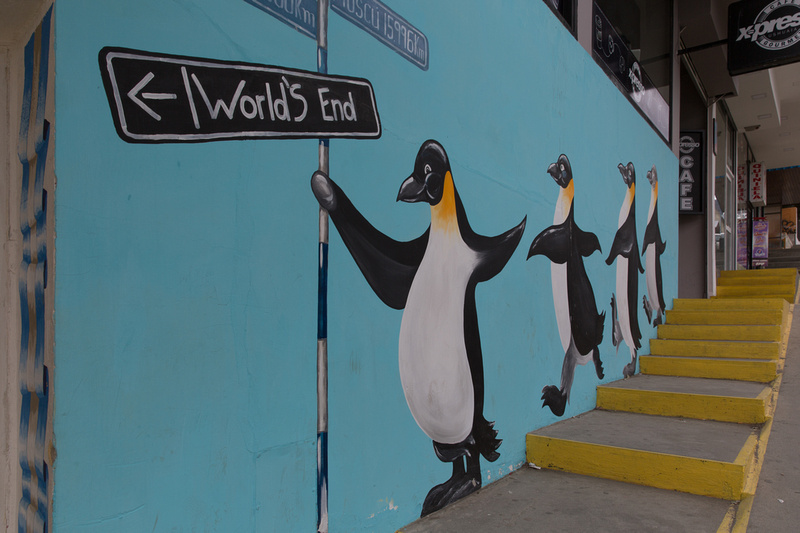 We watched our ship quite literally come in to the harbour the afternoon we arrived and after a meet up and dinner with Australian friends Peter and Sue who were also "three timers" at my favourite seafood restaurant in Ushuaia we were ready to rock and roll. We set sail passing through The Beagle Channel and by late evening were out into the relative calm of the ominous Drake Passage known for its huge swells and powerful waves. I think the sea Gods were with us that night as to be honest we made our passage through the Drake with not too much drama.

We reached latitude 60 degrees South in the early hours of the morning of the 15th November making us at that stage, officially, biologically and physically in Antarctica. Yay!!!!

This first short animoto video documents the first half of our journey covering the South Shetlands Islands to our night camping on ice on Orne Island. Seeing our first iceberg, The penguins, the light, and the stillness and silence just blew me away. This is as about as untouched as I think I will ever be lucky enough to see. In a way it is almost indescribable, humbling and at the same time a harsh unforgiving place where weather can change at the blink of an eye. I so hope you enjoy and part 2 is still to come lol!!

I would like to take a brief moment to thank the incredible Team at Trailfinders http://www.trailfinders.com for arranging, and rearranging our trips and being just amazing over the last few years particularly Connor, Sarah and Adrian who bless them had to manage my disappointment at times, but also the fabulous Captain, Crew and expedition team of the MS Expedition at http://www.gadventures.com for their skill, care and boundless enthusiasm who really made this trip come alive.

Whatever you are doing have a fabulous Sunday Evening. Until Next time XOXO